The language of this web site is Polish, and I wish I were organized enough to be able to post English translations of all articles simultaneously… but I’m not. Instead, I decided to post just one thing here in English. It will be a sort of summary of my website in one of its aspects. By the way – this text has not been corrected by any native speaker so… please forgive my mishaps

Were you ever in a situation when you suddenly discovered that the truth was completely not where you thought it was even though you had believed it for many years?

I think most of us were. Sometimes we think we know someone very well and after many years that person does something completely unpredictable. We were so wrong about them!

Or we were taught as children that cereal and skim milk is the best way to start the day and today many doctors say such breakfasts dramatically raise the chance of obesity.

Or… we were taught how to read the Bible. 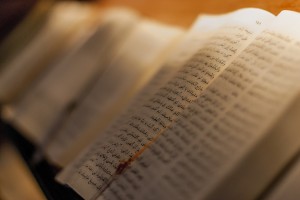 Bible has always been important to me. As a small child I was given one of those Bible stories books and soon I almost memorized it. As I grew older my experiences showed me that the Bible was the only thing I could trust as everything and everyone else was full of contradictions and you never knew when they were right or wrong. But together with acknowledging its value I also had to learn to acknowledge its complexity and difficulty.

I was born in Poland. Poland is an old country, It was founded in the 10th century but started being formed in early Middle Ages. The oldest known sentence written down in the Polish language (my native) however is a few hundred years younger – it comes from the 13th century. It has only 7 words… yet still experts are not quite sure what it exactly means. There are two versions of explanation and they differ completely. And the sentence was written only 700 years ago. How can we then expect no problems with understanding the Bible, which started getting written over 3,500 years ago?

It is true that the very most of the translations we have are usually the result of many experts’ work… they say they try to make the result of their work as easy to be read and as accurate as possible, but somehow it’s still not that simple and different teams of language experts end up with diverse results. You can see it yourself by comparing certain verses between different translations – they can often show huge discrepancies.

What is the reason?

Most of my life I was sure the main problems were lingual and cultural, until I discovered something – I would dare say – shocking. I will soon get to that.

Thousands of years… languages that changed so much… cultural background… these are difficult issues, however, not that difficult if you are an expert working with many other experts. Come on! Today’s computers can translate lots of languages online, for free, in seconds, with just small mistakes; what makes anyone think that different groups of great experts can’t translate the Bible in a consistent way with only small discrepancies?

Apart from translation issues there is also another important thing – some believe it’s actually the most important: as we have lots of manuscripts that differ in various details, there is always a question – which ones should we choose? It’s definitely a complex issue; some call one manuscript the best while others call the same one the worst.

The funny thing is, however, these differences may still not be that important. Yes, some manuscripts skip some phrases while others have them. Some say Jehovah, some say the Lord or God. But something like this will never create a huge confusion or misunderstanding.

Something else can, though.

There are a few Hebrew and Greek words and phrases that are translated in a terribly inconsistent way across popular Bible versions.The truth is, even if you take all 900 existing English translations, you won’t find 2 that have these words translated the same way. Ok, I didn’t check all 900… but I’ll buy you a dinner if you prove me wrong.

There are only two possible explanations of this situation – either these words are extremely difficult and no one ever knew what they exactly meant or… they are not really translated. They are interpreted.

The only real possibility is the second option is true. How do I know that? If the words I am talking about are so difficult, I am sure that many Bible translations would have notes stating that, right?

Or at least among thousands of books about the Bible that come up each year there are many that deal with this issue, right?

Nope. No notes. No books. Silence.

I think it should be broken. 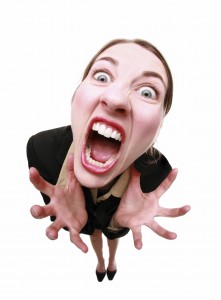 Do you think questioning everything is a good thing?

I think it is. But the subject is not as simple as it sounds.

I grew up in a fairly religious family. In my teenage years I started questioning certain dogmas I had been made to believe. In time I started thinking about leaving the church I grew up in but I hesitated for a really long time and that time cost me a lot of anxiety. My whole family and most friends were against me. I’m glad they weren’t bad fanatics and they didn’t threaten to hurt me or anything like this, but the subject of religion caused huge fights in my home. I was told I betrayed God. I was told the devil possessed me. What I myself thought though was that I was just looking for truth, that I was getting to a closer knowledge of God. But it is easy to start doubting yourself when almost everybody you know says you are wrong.

Then I realized I did not betray God. They might say I betrayed my church.

I did not question God. I questioned dogmas.

It is crucial that you will understand that by looking for truth and questioning everything you know you do not oppose God. God never told anyone to blindly believe what they were told. Actually, when Jesus came, numerous times he told people not to believe certain things they were taught.

I, too, am not trying to oppose God or undermine the authority of the Bible. What I am trying to do is just… to ask questions and look for answers.

Do you want your life to change? Do you crave a 180 degrees turn?

What you are reading now may very probably be written especially for you then.

We like going to churches, sitting back and listening to the Good News that we already know. Soon we memorize it. But it doesn’t bring any changes in your lives.

Did it bring a change that you are happy from in your own life?

Only listening to things we don’t yet know can bring change.

But… changing is not comfortable.

You always have a choice. Listening to the same message and living the same life you have lived so far – do this if you’re already happy.

Stand up, challenge your mind and listen to something new if you’re not. 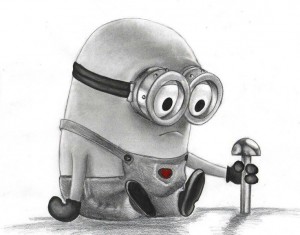